For centuries Vienna was the center of the largest empire on the European continent. Based in Vienna, the Habsburgs ruled as Emperors of the Holy Roman Empire from 1438 to 1804 and beginning in 1804, as Emperors of Austria. But the first emperor who died in Vienna was actually not a Habsburg. In the year 180 ad the Roman emperor and philosopher Marcus Aurelius1 died in Vienna.

As with many other European cities, the beginnings of the settlement on the area where Vienna today lies are unclear. The Celtic settlement Vendunia became the Roman camp Vindobona in the 1st century. Still today, in the streets of Vienna’s inner city, you can recognize where the walls and streets of the Roman camp used to be. The outer limits of Vindobona are today’s RotenturmstraBe, Graben, Tiefer Graben and Salzgries.

In the 12th century Vienna became the official residence of the Austrian dukes and already around 1200 the first defensive walls were built. 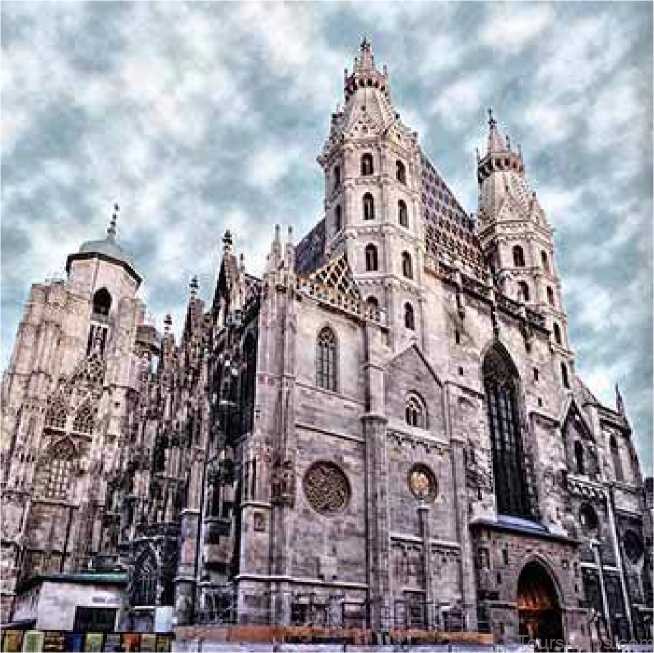 The “Pummerin”, Europe’s third largest church bell, was cast out of Ottoman cannons that were left behind on the outskirts of Vienna during the Battle of Vienna in 1683. Each one of these 208 cannons weighed more than 100 kilograms or about 220 lb.

After the end of the Battle of Vienna, in the course of reconstruction, Vienna was largely turned into a baroque city. In addition to the numerous garden palaces of the nobility, known as palais , Schonbrunn Castle, Belvedere Castles and St. Charles’s Church were built. 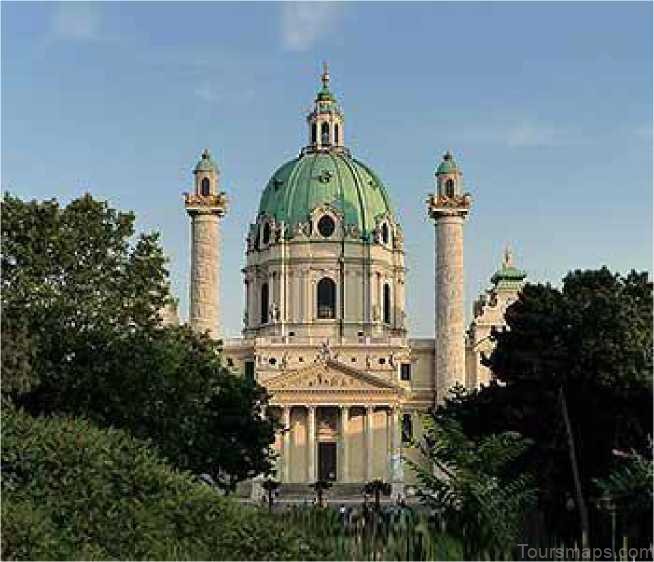 What Vienna looked like at that time can best be seen in the paintings of the Venetian painter Canaletto4 in the Kunsthistorisches Museum. On behalf of Empress Maria Theresa, Canaletto painted a variety of vedute of imperial Vienna: The Belvedere Castles, Schonbrunn Castle and various views of the inner city. 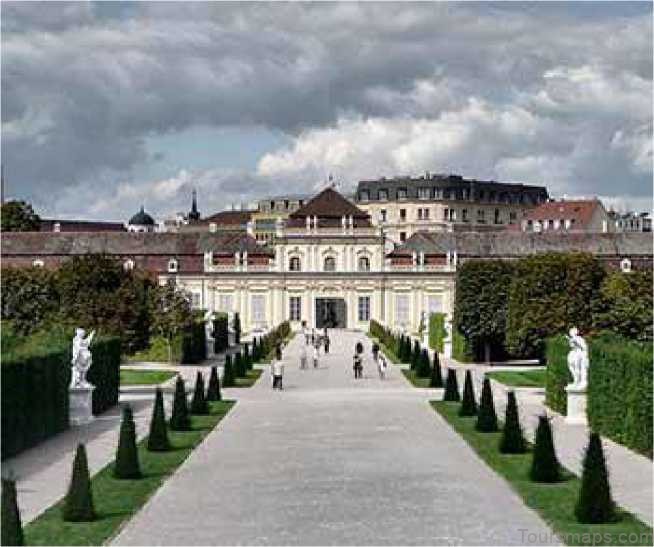 Empress Maria Theresa had 16 children and she selected the spouses for her sons and daughters from the various European dynasties. Through carefully planned marriages the Habsburgs5 spread their influence and power all the way to Spain, Portugal, Italy and France. 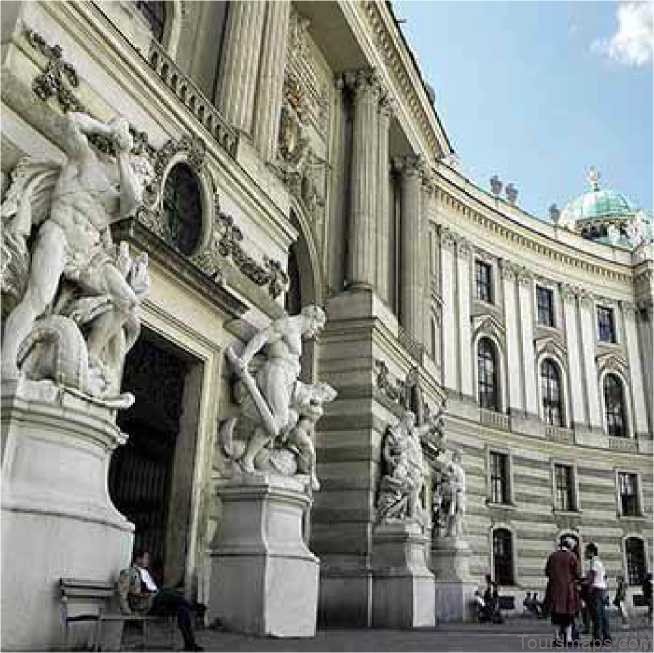 The Michaeler Wing of the Hofburg

The end of the Napoleonic era at the beginning of the 19th century changed the order in Europe. The time of the great wars on European soil temporarily came to a halt. This period of relative peace benefitted industrialization. In the middle of the 19th century Franz Joseph I6 had the city wall around Vienna razed and the RingstraBe with its grand public and private buildings in historicist style replaced the old city wall. The historicist style intended to reflect the function of each building: So the V)tive Church was built in neoGothic style and the parliament building in neo-Hellenistic style. Of course, the Hofburg Castle also was extended again.

For more than 600 years Hofburg Castle was the center of imperial elegance and the Habsburgs’ power. Each of the emperors expanded the Hofburg by another new wing. And thus the Hofburg grew to be a city within a city with more than 5,000 people living and working there. Alongside the Vatican and the Louvre, Vienna’s Hofburg is one of the largest royal residential complexes in Europe. Still today the Federal President of Austria resides in the Hofburg and executes his official functions from the workroom of Empress Maria Theresa.

The students of the generation of architects and painters who built RingstraBe, mainly Otto Wagner7 and Gustav Klimt8 , soon rejected this functionalization of style and set out on their own path. The Viennese Art Nouveau developed out of this defiance around 1900. Vienna was, around that time, one of the largest cities in Europe with more than two million inhabitants. 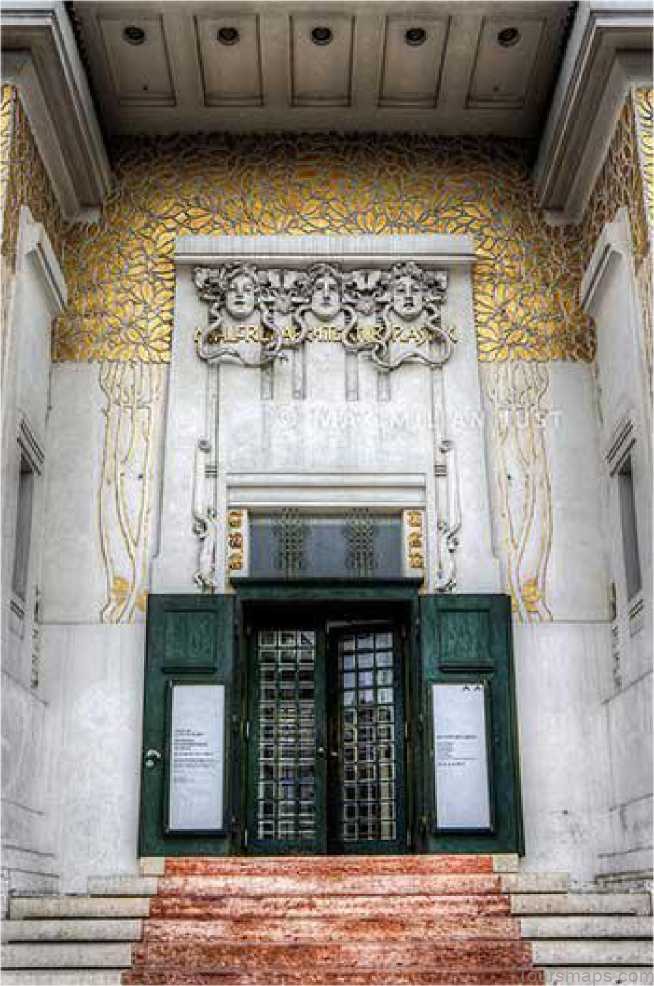 The unparalleled golden age of art, culture and architecture in Vienna beginning in the middle of the 19th century is mostly owed to Emperor Franz Joseph I who was conservative, but open to compromise. The life of Emperor Franz Joseph I was shaped by personal catastrophes and the fate of the Habsburg dynasty is closely linked with his fate. Purely by coincidence, Franz Joseph I survived an assassination attempt only slightly injured in 1853. His younger brother Maximilian9 however was murdered in Mexico in 1867. Franz Joseph’s only son and heir apparent Crown Prince Rudolf10 took his own life in 1889. But the hardest stroke of fate hit the emperor nine years later. His beloved wife, Empress Elisabeth11 , was stabbed to death in Geneva in 1898 by an Italian anarchist.

The last blow for the old emperor was the murder of his nephew and heir apparent Franz Ferdinand12 in Sarajevo in 1914. The emperor who had always been open to compromise took the assassination in Sarajevo personally and thereafter signed the declaration of war on Serbia. Thus began World War I during whose course four European empires collapsed: the German Empire, the Austro-Hungarian Empire, the Russian Empire and Ottoman Empire. In World War I nine million people died.

In 1916 the last Austrian emperor, Charles I13 , wanted to save what could still be saved and sought out peace. But it was already too late.