This was originally a building constructed during the Renaissance and with the current clock mechanism installed later. The archway beneath the towerleads into the Via Merceria, one of the main and elegant shopping streets of Venice.

The tower has been much restored of late and features bronze figures at the top, Venice’s symbol, the winged lion and statues of the Madonna and child below. Next to the Madonna are panels that also show the time with the hours in Roman numerals and the minutes in Arabic. The lowest section of the tower contains the clock face, which has a 24-hour display and the signs of the zodiac. 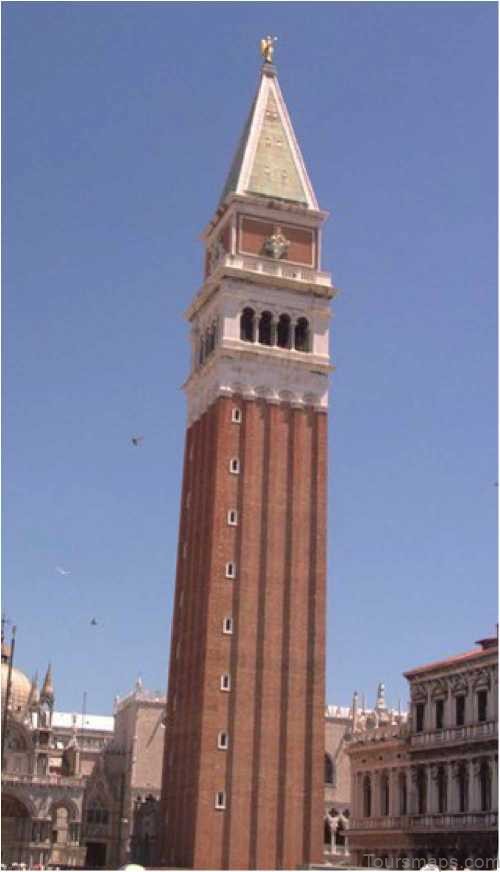 Walk to the Church of San Zulian

Leave the confines of the Piazza San Marco through the archway beneath the clock tower and take a walk through the fashionable shopping areas of Venice by following Marzaria de FOrologgio. At the end of street you turn right and San Zulian is directly in front of you.

Supposedly existed on this site since the 9th century but its current facade dates from the 12th century, the interior is richly decorated with the works of Palma the Younger, Veronese and with frescoes by Corona and statues by Campagna. 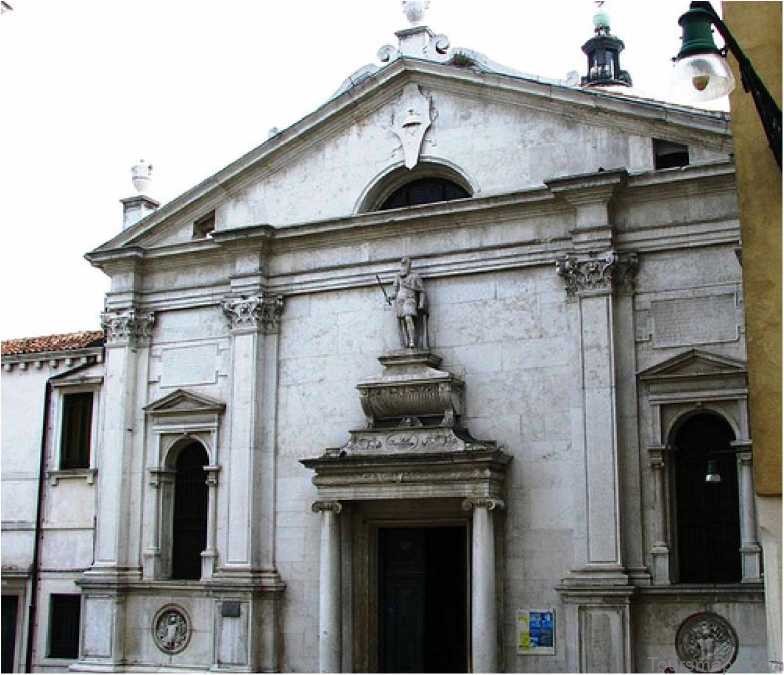 Walk to the Church of San Salvadore

When you leave the church carry on down Marzaria San Zulian until you cross the Rio dei Bareteri canal, cross this and continue straight ahead to San Salvadore.

Building work started in 1177, there are two frescoes by Titian, “The Annunciation” on the south wall and the High Alter Piece “The Transfiguration”. Alessandro Vittoria and Jacopo Sansovino also completed works here.

Walk to the Church of San Bartolomeo

Leaving the church’s main entrance you turn left and follow your way around until reaching Campo San Salvadore behind, here you turn immediately right along Marzarieta San Bartolomeo.

Was used mainly by the local German community in Venice and used to contain works by the artists Durer and Sebastian© Piombo. Since 1754 the striking bell tower is one of the images that has often featured in images of the Rialto Bridge. The church has now been deconsecrated and regularly holds concerts and performances. 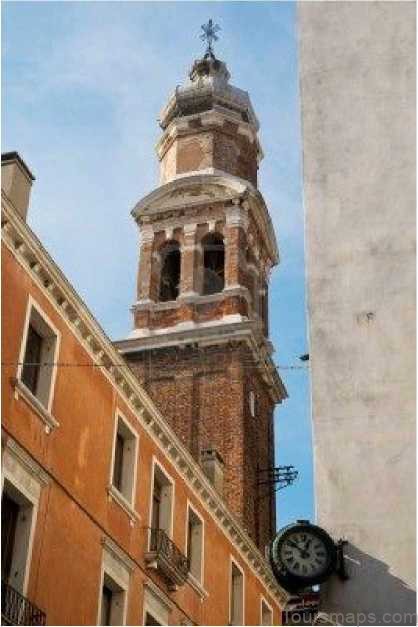 Walk to the Rialto Bridge

Turning left once more around the church you will see the magnificent Ponte Rialto and the Grand Canal directly in front of you.

One of the iconic images of Venice and has been standing since 1591 when it was built to replace an earlier wooden bridge that collapsed. The bridge took its name from the important Rialto Market place on the eastern shore and today is still a popular place to shop. 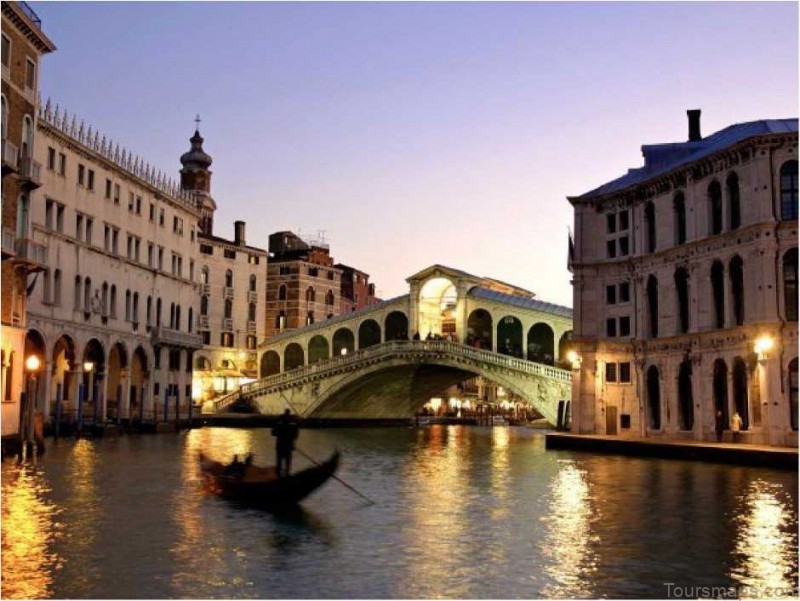 Grand Canal is the main arterial route through the heart of Venice and provides access to much of the city. Its position made it an obvious site for the rich and wealthy to build their palaces, for merchants and businessmen to locate themselves and for the many warehouses and stores that are dotted along its course.

Bridges at four points, the Rialto, dell’Accadamia, degli Scalzi and the modem Constituzione Bridge, cross the Grand Canal. As well as the bridges, the canal is constantly criss-crossed by a myriad of river taxis, vaporetti, barges, traghetti and gondolas bringing life to the city.

After crossing the Rialto Bridge, the Church of San Giacomo is in front of you, to reach the main entrance walk alongside the church and into Campo San Giacomo di Rialto. The market is over on the right and the mysterious hunchback statue is directly across from the church’s main facade.

It’s nice to spend a little time here exploring some of the side streets and looking out over the Grand Canal and the wharfs on Riva del Vin on the left as you cross the Rialto Bridge.