Cavatappi makes a reasonably priced cafe to start your day off when compared to the expensive prizes charged in the Piazza San Marco.

This is a steady 3.5-mile walk covering the west and southerly districts from Piazza San Marco and follows a winding tour of the San Marco and Dorsodura districts.

St Marks Piazza as it’s affectionately known, is the main town square. The massive Basilica San Marc dominates the eastern end. Most notable in the northern part of the piazza are the two large marble lions and the magnificent Clock Tower that was constructed in 1499 and through whose arch you reach the main street, the Mercerie that leads to the Rialto Bridge.

Link to larger Map or paste URL link into your browser http://maps.google.com/maps/ms?

There is also the wonderful free standing Bell Tower with the Sansonivo Loggetta in front of it. Both were destroyed in 1902 when the tower unexpectedly collapsed but were rebuilt in exactly the same style and place.

On the other side of the St Marks Square the smaller piazzetta San Marco is where you will find the Doge’s Palace, which has for centuries been the seat of the Ducal Lords of Venice. This area is also the site of the National Library, the Archeological Museum leading into the pier with its two columns with the statue of St Theodore and a winged lion, the symbol of St Mark.

The Piazza is also home to two famous cafes, the Caffe Quadri and Caffe Florian opposite. Both are very popular venues but you will pay for the privilege as a coffee alone can cost up to €8. At this end is the Napoleon Wing with a ceremonial staircase into the palace and the Museo Correr, which was planned as a palace for Napoleon’s nephew who served as Viceroy of Venice.

A gothic designed palace on the waters edge of the Venetian Lagoon that was also the former residency for the ducal lords of the Republic of Venice. The building is now preserved as a museum and contains some interesting works of art with pieces by Tintoretto and Veronese. Visitors can also elect to do the Secret Itinerary tour, a guided tour of the secret rooms, prison and attic ending on the Bridge of Sighs. The tours are at 9:55. 10:45 and 11:35 and admission costs €16. The behind the scenes tour of the palace takes you to the old prison cells where Giacomo Casanova was imprisoned. When the new prison was built across the Rio di Palazzo a connecting, covered bridge was also built linking the two – the Bridge of Sighs, it is here the tour ends. 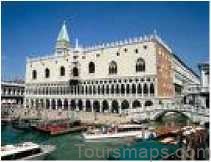 The Museum is situated at the far end of he Piazza San Marco and was initially designed as part of the Napoleonic Wing and a palace for his nephew. The museum holds an interesting collection of art, documents, coins armor and maps of Venice down the centuries. Along with its standing collections of clothes and furniture the museum regularly arranges shows of contemporary artists as well. 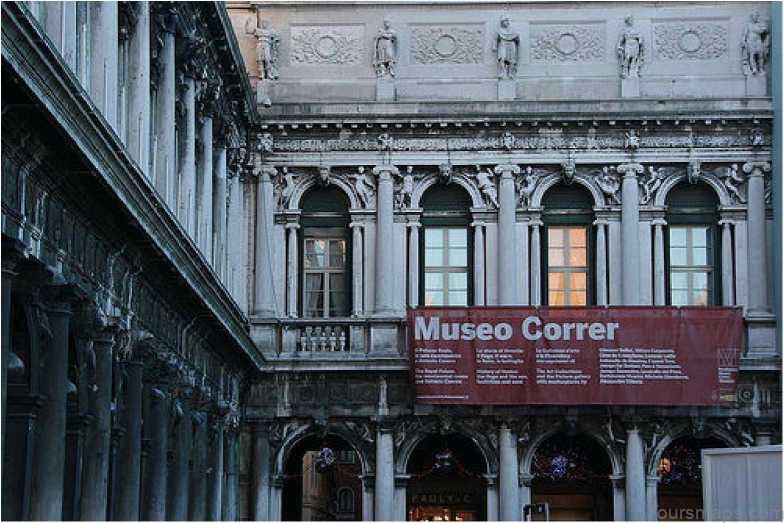 Having explored the Piazza San Marco and looked around the Museum it’s time to take a walk around Venice. Leave the square by the southwest comer near the Cafe Florian and head on down the road until Campo San Moise. Crossing the bridge directly in front of you, continue along Calle Larga 22 Marzo.

When you reach Calle delle Veste you turn left. Here there is a restaurant, shops and a bank, along with a plain government building. Follow this as far as the Opera house and then turn left, keeping the Hotel Opera on your left, keep going straight on and you will reach the old theatre. 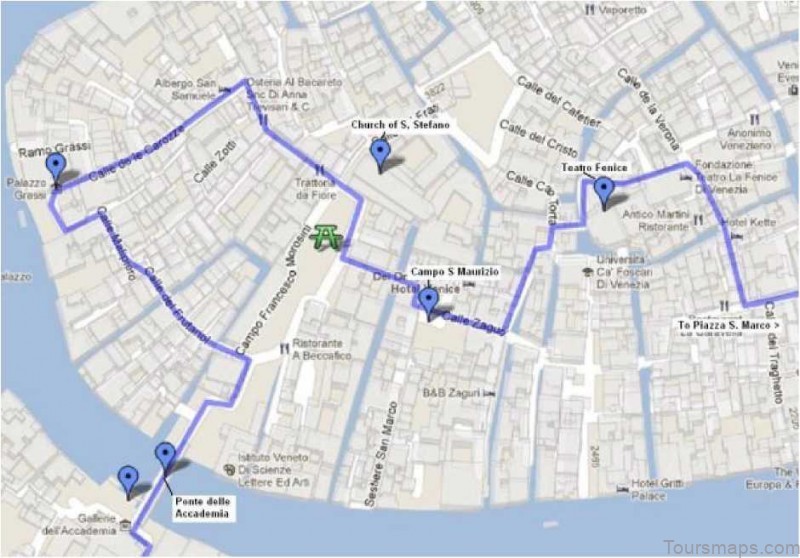 The Pheonix Theatre was initially built in 1790 on the site of the former San Benedetto Theatre that burnt down. During the early eighteenth century Venice was one of the places to introduce new operas and Bellini, Rossini and Donizetti all held inaugural performances of their works at La Fenice. The theatre burnt down twice more in 1836 and 1996 after which it was once again rebuilt in a traditional 19th century style. 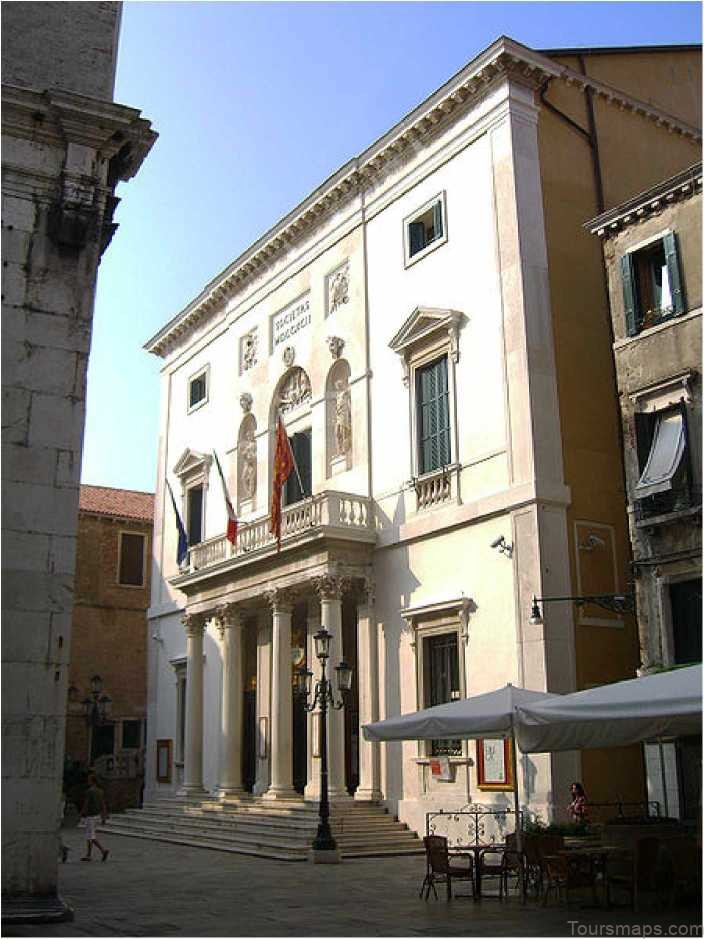 Leaving the theatre you continue along the same road, crossing the canal. At the T-junction you turn left onto Calle Cae Torta carrying on with the canal on your left until you reach a crossroads with a bridge and Hotel San Maurizio. Turn right here and continue on into Campo San Maurizio with its church, fountain and gallery. You cross the square and take the exit directly opposite which leads into the large Campo San Stefano.